April 22, 2009
Decades ago, I read a disturbingly candid essay by a pastor about his struggles with pornography. It was in Leadership magazine. Years 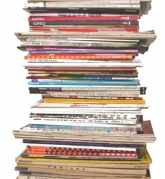 later, two of his realizations still stand out to me.
The author came to see (as I recall) that he was attracted to these images because they were unreal. The women in the pictures never had bad days, were never crabby and demanding, never disrespectful and demeaning. No mood swings. They always suited his mood, his needs, his wants. They were unreal.

He came to see that he had no actual relationship with these women whatever. If (he named a female celebrity) had sat down next to him in an airplane, she wouldn't know him from Adam. Whatever may have happened in his sinful fantasies, the two of them had no relationship in the real world.

Of course, this is why so many women resent actresses and models. It isn't catty pettiness or smallness. It is that they know how visually-tempted men can be, and they know that they can't compete with a fantasy — if their man is fool enough to chase one.

And they're right, in a way. They can't compete with these women. Because these women don't exist in the real world! They may not even look like their pictures! Thanks to computer wizardry, the pictures we see may actually bear only the slightest resemblance to the actual women.

Nobody can compete with a fantasy.

And this post is not about pornography, men, women, nor marriage.

It is about people with paper pastors.

Now, some professed Christians sin outright, by never physically attending an actual, in-person church. We've talked about that, and they aren't our focus.

But others do attend a church — physically. They come in, they sit down. They sing, they may give financially. They may look at you, Pastor, as you preach.

But you know their heart belongs to another.

Their real pastor isn't you. It's Dave Hunt. Or it's John Piper. Or it's John MacArthur, or Ligon Duncan, or Mark Dever, or David Cloud, or Joel Osteen. Or it's Charles Spurgeon, or D. M. Lloyd-Jones, or J. C. Ryle. Or Calvin, or Luther, or Bahnsen, or de Mar, or R. B. Thieme, or J. Vernon McGee.

And they're such better pastors than you are! You know they are!

Well, paper pastors are never in a bad mood. They're never cranky, or sleepy or sick. (Especially the dead ones.)

They've never just had someone else pull their guts out with a rusty fork, and then had to turn and listen graciously to your complaint about the translation they preach from, or argue about a Greek word you can't even pronounce. They don't have a family who loses the time you use. They never half-listen, never have an appointment that cuts short their time. Their office hours are your office hours. They're available 24/7, and everywhere, at your whim, and you always have their undivided attention.

What's more is they always have all the answers! They can tell you with complete confidence and masterful eloquence. They never stammer, guess, nor search their memory. And they can prove it — whatever they're saying! With footnotes!

And these paper pastors maintain the perfect distance. If you don't want to hear something, they don't press it — or you can instantly shut them up, snap! They never ask you to do something uncomfortable and follow up on you. They never persistently probe an area of sin, in you, in person, eyeball to eyeball... nor will they. Church discipline will not be a threat with them. Ever.

Because they don't know you from Adam.

Yet how many pastors know that there are people in their flocks, thinking, "John Piper would never say it that way. Dave Hunt says that what he just preached is heresy. John MacArthur isn't like that. Mahaney says that... Mohler says that... Lloyd-Jones said...."

So, because it's awkward for your pastor to say it to you — and because I've no church who'd suspect I'm talking to them, at the moment — I'll just tell you plain:

Brother, sister: John Piper isn't your pastor. John MacArthur knows nothing about you. Dave Hunt never got on his knees and prayed for you. Lloyd-Jones won't come to your house when you're recovering from surgery, or one of your children shatters your heart, or your marriage is shaking and rocking and barely hanging on. Charles Spurgeon won't weep with you as you weep.

You could buy or not buy _____'s next book, and he'd never know it. But if you're in a manageable-size church with a caring pastor and you're suddenly gone next Sunday, he'll be concerned. He may call. He may ask if everything's okay.

God gave you the pastor He gave you.

God told Paul to tell you:

We ask you, brothers, to respect those who labor among you and are over you in the Lord and 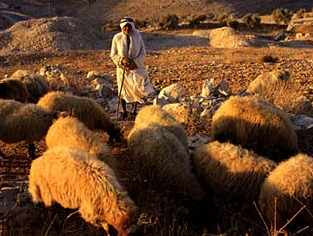 admonish you, and to esteem them very highly in love because of their work. Be at peace among yourselves. (1 Thessalonians 5:12-13)

God told the writer to the Hebrews to tell you:

Obey your leaders and submit to them, for they are keeping watch over your souls, as those who will have to give an account. Let them do this with joy and not with groaning, for that would be of no advantage to you. (Hebrews 13:17)

Because they're not real.

by Dan Phillips of

By Lee Smith ( Pastoral Ponderings of an Energetic Exegete ) Jesus has become a popular figure in American culture. Few people in America today could claim that they never have heard of the man named Jesus. Writers write about him, singers sing about him, and many profess to follow him. He even makes appearances on television shows and movies. He serves as the center of the liturgy in just about every Protestant and Catholic church. However, in my own study of the Gospels which document the life and work of Jesus, it appears that the common perception of Jesus is much different than the Jesus described in God's Word. Many churches and denominations that place Jesus as the center in their worship services and life are not worshiping the same Jesus that we discover in the Bible. Not Merely A Great Moral Teacher A popular view of Jesus is to regulate Him to a great moral teacher who provides instructions for how man should live his life. While it is true that much wisdom can be g

Knowing the Nature of Your Evil

It is important that we know the nature of the evil in our hearts. Do you think the essence of your evil is disobeying commandments? That’s a good start. But it’s not the essence of our evil. Commands simply name the evil and its fruits, and tell us not to do them. The essence of our evil is that we prefer anything to God (Romans 1:23; 2:23). Commands do not create the possibility of evil. Commands name it. Long before we are told not to covet, we covet. Disobeying the command, “Thou shalt not covet,” is not equivalent to the evil of coveting. The evil of coveting is there first, and then is compounded by the transgression of the commandment not to covet. Paul said, “I would not have known what it is to covet if the law had not said, ‘You shall not covet’” (Romans 7:7). That is, I wouldn’t have known the seriousness of my evil if God had not named it in the law. But lawbreaking is not the essence of my evil. Desiring anything above God is the essence of my evil, before any command